Hear the latest news on my books, never miss a new release or sale, and receive exclusive extras and bonus scenes.

Almost finished... Check your email to confirm your email address so I can send you your free book! If the email doesn't arrive in a couple of minutes, please check your spam folder or promotions tab. If you have previously been subscribed and are resubscribing, I'm currently having an issue with my form that means you won't be resubscribed. If you don't receive a welcome email, Please contact me using the contact form below, and I will see that you are added correctly. Sorry for any inconvenience.

Trying out a new author is always a risk. That's why I always have at least one free book on offer. I try to update this page regularly, but if you want to be sure you don't miss the latest offer, sign up to my mailing list above. 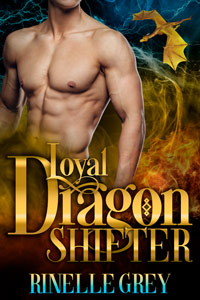 Prequel to the Return of the Dragon series

How far is he prepared to go to save his clan?

Dragon shifter Jayrian's clan is in danger. Hunted by a powerful enemy clan bent on revenge, their only hope is to wake their six dragon princes and princesses. The trouble is, their resting places are guarded by enemy dragons.

Jayrian isn't a prince, or even an elder. But he's fiercely loyal to his clan, and when he hears of a threat to their sleeping prince, he knows he has to do something, even if it does mean defying the council of elders. They're sure the humans in town are a danger to the dragons, but Jayrian knows they are their only hope to rescue the prince.

Only a human can get past the rival dragon guarding the prince's chamber unnoticed. The sweet and clever librarian, Gretchen, is the perfect candidate to slip in and wake the prince and bond with him. So perfect, Jayrian finds himself falling for her.

Gretchen's life is ordinary and boring, and she longs for adventure outside the books she reads. When the hot man who's been hanging around the library asks for her help, she jumps at the chance. But when an honest to goodness dragon lands on the front of her car, she realises she might have bitten off more than she can chew.

Can Jayrian make the ultimate sacrifice for his clan, and give up the woman he's falling in love with?

(And the remainder of the series is available in Kindle Unlimited!) 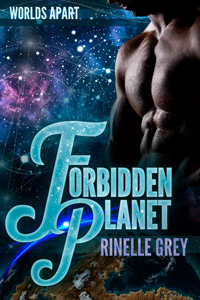 Book 1 in the Worlds Apart series

He needs a miracle. She needs a partner. To stay together, they need the one thing neither of them can have—a baby.

Captain Tyris Bekkert is prepared to risk everything in his search for redemption. And he's on the way to achieving it when he crash lands on a mysterious planet—one that has been deleted from the star charts. With a damaged spaceship, Tyris is sure he's doomed, until he discovers a village of people who shouldn’t be there. But despite being stranded for nearly twenty years, the villagers are strangely reluctant to help him escape.

For Marlee, Tyris's damaged spaceship is a lifeline. It's an opportunity to put her past of broken relationships behind her and ensure a better future. She agrees to help Tyris repair his ship, but only if he pretends to be her partner to appease the council, who are pressuring her into another relationship.

As winter closes in, they're cut off from the ship. Tyris and Marlee's pretence is tested to their limits. For Marlee, the handsome space captain is everything she always wanted. The only problem is their time is limited.

They need a baby soon. If they fail, the council will rip them apart.

(And the remainder of the series is available in Kindle Unlimited!)