I made the mistake of showing my 9yo daughter some dice dragons on Facebook recently, made by the talented  Becca Golins. If you haven’t seen them, stop now and go look, I promise you won’t regret it. 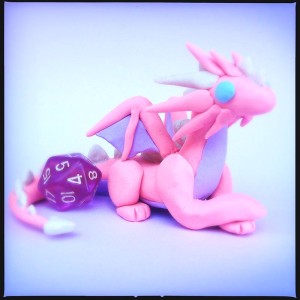 I’m pretty happy with how it turned out for my first try. And it’s awesome fun. I put a dice in this picture, but although I love the idea, I didn’t really curl the tail enough to hold the dice properly. So here she is without a dice. 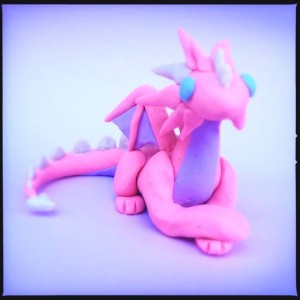 While I pretty much followed the tutorial step by step, and made a dragon that looked pretty much like Becca’s, my daughter loves to experiment. This is her sculpture. 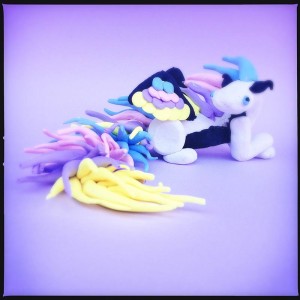 Of course, I sent a picture through to my sister, and the first thing she said was “You have to show me how to do that”. So today, we bought more clay, and headed round to make more dragons. I thought my dragon was lonely, and needed a friend. And that my husband shouldn’t be the only one in our house dragonless, so I picked out his favourite colours, and made this one. 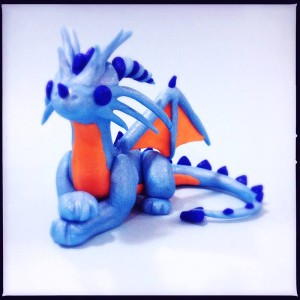 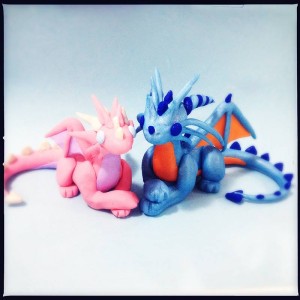 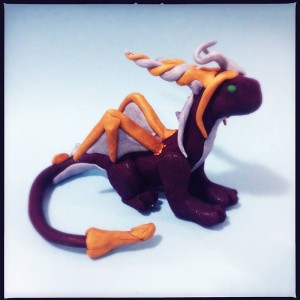 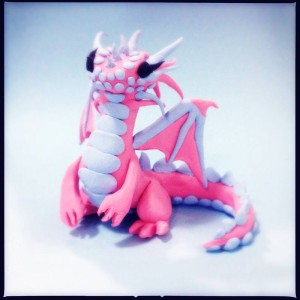 Now I’m just wishing I had written a fantasy novel with dragons in it! It would be really cool to make dragons from one of my books. Trolls just aren’t the same.