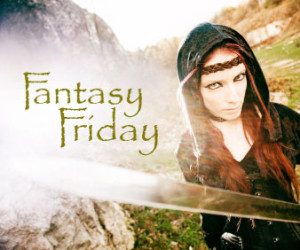 Sorry blog posts have been sketchy lately. I plan to have this edit of Reckless Rebellion finished by the end of the weekend, one way or another, and sent off to the editor. Then hopefully I’ll be able to devote a bit more time to some interesting and useful posts!

For today though, I’m posting an excerpt from one of my favourite stories. I posted the opening of this one a few weeks ago, and this continues soon after that scene. It’s a slightly longer scene, as I didn’t want to break it up in the middle of the action.

Writing swordfighting scenes is  a bit of a challenge, and I’d love to hear if this one works for you. This scene hasn’t been edited, so there are typos!

For a moment the man in front of Elizabeth grinned, revealing a gap where one of his teeth was missing.  His confidence buoyed by his companion’s assurance that she could not use her magic on him, he apparently saw little left to fear in the slight, willowy woman, who casually flicked her hair out of her face, her plain linen trousers, and loosely laced light weave shirt revealing no sign of armour, only the hint of a climbing rose tattooed on her chest.

That was his first mistake.

If he’d paused to take in the quiet, self-assured smile or the practiced way she held her sword he might have been more careful.  As it was he charged straight into the fight giving a yell to his friends that could be heard stumbling noisily through the woods in the distance, alerting them to their quarry’s presence.

There was a clash as Elizabeth’s sword met his, blocking his opening blow.  She heard an echoing clash from Digger beside her and was remotely aware of the other bandits crashing through the underbrush towards them.

They had only a few minutes to take these three out before the next wave descended upon them.  As the volley of swings came quickly she realised he was good.  Not better than her she judged dispassionately, but good enough that he might just hold her off for a few moments until his friends arrived.  And there was one other variable, the mage, standing watching the fight calculatingly.

She needed to make this quick.

The harsh sound of metal meeting metal hung in the air.  Elizabeth parried the bandit’s blows automatically, holding him off without effort, waiting for the mage to make his move.

It didn’t take long.  Thinking her distracted, he sent a firm push of air at her, hoping to throw her off balance.

Dispersing the controlled particles before they reached her was a simple matter, not even causing her to waver in her defence.

He started at her, unsure what had happened and why his magic had not worked.  Undaunted, he tried again, this time with more determination and less subtlety, to set her clothes on fire.

Fire was one of her specialties, the first one she had learnt to control, and it took even less effort to calm the particles as he tried to agitate them to flames.  He gave up after only a few minutes this time and she sensed his magic weakening.

As she raised her sword to block yet another blow, she sent a magical clout of air, similar, but more focused than his had been, towards the mage.

He fell instantly as though hit.

The swordsman was so focused on the battle that he did not even noticed the mage fall.  She switched her attention to him, and with a patience born of long practise, she waited for the moment when he let his guard down.

She lunged, but her sword glanced off his armour.  Caught off balance she left herself open for the swing that should have connected with her waist.

That is, if something hadn’t stopped the blow in mid air.

He stared at her for a moment, his eyes widening in sudden fear as he put two and two together.

That pause was his second mistake.  Elizabeth grinned wickedly at him and took full advantage of his distraction.  She thrust up with all her strength.

Her sword rang as it hit his, but it didn’t stop, smashing through his sword as though it was a stick.  The momentum carried it up, slicing straight through his armour.

He fell, still looking as though he couldn’t believe what had happened.

Elizabeth glanced over at Digger, not sparing a second thought for the underhanded trick that had won her the fight.

Back in the days when she had first had a sword thrust upon her, He had drilled it into her that adhering strictly to honourable fighting was only required during practice or in a duel of honour.  If she was fighting for real, for her life, then fighting fair was idiotic.

Digger was gaining ground over his opponent, but Elizabeth knew that the second bandit who joined the first would slow him down.

She parried a swing from the two who had come in her direction, concerned more for her friend that for herself.  She felt a vague uneasiness settle over her.

The urge to stop and fight had been a moment’s impulse, spurred on by the adrenalin flooding through her veins.  There had been nothing to be gained by this fight.  Digger’s suggestion of losing the bandits in the trees had been far more sensible.

Yet he had followed her without a pause, as he always had.

She heard him swear, his voice strained with pain, distracting her enough that one of the bandits made it past her guard.

She pulled her sword up enough to deflect, but not enough to prevent the blow connecting with her left arm.  Red stained her shirt and she swore.  She was so tired of buying new shirts.

Disregarding the sting she continued to hold off the bandits with practiced ease, trying to see how Digger was faring.

The feeling of uneasiness grew.

She could see that he was flagging, red staining his sword arm, and thought he fought on, she could not make out the seriousness of the wound.

Unlike her, he had no magic to back him up, only his unwavering trust in her.

Her mind made up, Elizabeth blocked another blow and called out, “Retreat!”

But she had left it moments too late.  Even as she called out, Digger fell.

Elizabeth’s heart skipped a beat, unable to see how serious it was.  The two bandits gave a cry of triumph and descended on her.

The situation desperate, she pulled out all the stops, and used her magic indiscriminately.  Instead of trying to score hits, she simply sent a jolt of magic along her sword.  Even if they blocked her blow successfully, the magic simply travelled along their sword, down their arm, and caused their heart so seize.

Seconds later, two lay in a heap at her feet, and the other two were fleeing for their lives through the trees.

Not even sparing a second glance at them, she ran to where Digger had fallen.  His skin was deathly pale, his lips a frightening shade of blue, and the blood spreading across his chest was a death knell.

His eyes flicked open for a second, and tried to focus on hers.  “Liz…” her name was a whisper, and she could hear the gurgle in his throat.

“Shh, just lie still, I’ll fix you up in no time,” she insisted, hoping against hope that her magic would not fail her now.

She laid both hands on his chest and closed her eyes, letting her senses flow through his body with the flow of blood.  It took only seconds to find the wound, where it had punctured a lung.  This was going to be painful.

Mending the tear was simple enough, just needing a small amount of energy to bond the cells back together.  Removing the blood from his lung was much harder.

She had done something similar once before, helping an old man with fluid on his lungs.  There she had had time and energy to separate the particles into harmless ones that he coughed out.

This was more urgent.  There was only one option, and hoping the stress wouldn’t overload Digger’s already strained body, she forced the blood up his throat and out.

Coughs racked his body, but when he finally calmed a pink colour again tinged his skin and the horrible shade of blue had left his lips.  He gasped for air for several minutes, his hand clenched around her wrist.  He struggled to rise, and she helped him into a sitting position.  “Give yourself a few minutes.”

For a moment she thought he was going to protest, but then coughing wracked his body again and he nodded obediently.

Elizabeth used her last remaining magic to search his body, just in case she had missed anything.  She tallied up several cuts, scratches and bruises, but nothing more serious.  He was breathing easily now, and with her help, got carefully to his feet.

“Thanks Liz,” he said quietly, not releasing the grip he had on her arm.

She shrugged disparagingly.  “It was the least I could do after dragging you into this.  Next time I suggest fighting when we could run, hit me a couple of times,”  she said dryly.