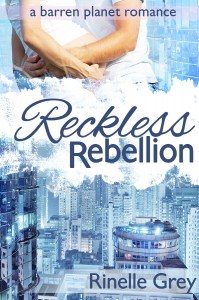 Well, I posted towards the end of last month that I hoped to have Reckless Rebellion finished by the end of the month. I did try. I sat down to write, but the ending just wouldn’t come. It seemed forced, and lame, and not satisfying at all.

So instead I went back to the beginning. I knew I had to up the stakes for my characters, so that their actions in the end seemed real and right, not out of place as they were feeling to me. I spent several days just writing out my thoughts in the form of “what if this happens? but that would then mean this, and maybe this would be better? How can I make this happen? What if I did this?” etc. And eventually, the ideas started coming.

Since then, I’ve been re-writing some of the key scenes, making the changes I’d decided on. I’ve just started writing the actual ending today, and it will probably take a couple of days (when I can fit it in around being a Mum, my daughter seems to need me a lot right now), then I need to go back and change a couple more bits, then it’s off to the editors.

I’ve also spent a bit of time researching editors. Starting early this time, so that I’m not scrambling to find someone at the last minute. Reckless Rebellion will go through two lots of edits, like Reckless Rebellion. First a critique/development edit, to catch any slow parts, storylines that don’t make sense, and plot holes, then I’ll make those changes, before sending it off for a copy edit. Then I’ll have a couple of friends proofread for me.

It’s such a long path! But worth it in the end, to have a story I’m happy with. I’m estimating about two months until it’s ready for publishing.

In the meantime, I have an idea I’m working on, for anyone who’s needs a bit of a Tyris/Marlee fix before the next novel comes out. Sign up for my newsletter if you want to know more, or to be notified when the next book comes out.