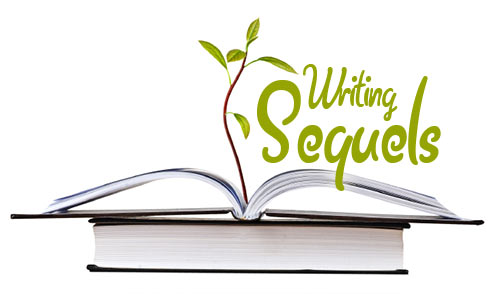 When I first started writing Reckless Rebellion, I didn’t think it would be any different to writing the first book, Reckless Rescue. I mean, it’s just a book, right? And I already had half of it written. All I had to do was finish up the book, edit it, and I’d be ready to go. Right?

All went smoothly, until I hit the first plot hole. Usually take a break, think it over, plan, chat to friends, and then once I have a solution, I get back to writing. The problem with sequels is when you hit a plot hole that relates to something that happened in the first book. Reckless Rescue is already published and out there.

So, as I work through writing this sequel, I thought I’d share some of the things I’ve discovered, just in case anyone else is going through the same thing.

This one probably doesn’t need saying, but I’m going to say it anyway. Readers will notice if you character’s name changes from Anne in the first book, to Ann in the sequel. Find a way that works for you. Write a list of characters and places, a timeline, a list of key events. But find something that works.

I plan to read over Reckless Rescue followed directly by Reckless Rebellion before I publish the second book, just to make sure I haven’t missed anything.

You may be able to remember all the character names and events of the last book, but even if your readers loved the book, they’ve read 10, 20, or more books since yours.

You don’t have to spent three paragraphs summarizing the last book, but do introduce characters slowly (as you do in a first book), and throw hints to jog a readers memory of any key points they need to know.

3. Get creative in solving plot problems

You can’t go back and change your first book, but that doesn’t mean that everything is set in stone. For example, in Reckless Rescue, Marlee remembers her stepfather being the only person who believed they would be rescued by the Colonies. I had in mind a reason for this, but when writing Reckless Rebellion, I wanted to increase the stakes for my characters, so I changed his reason, and added some extra depth to the story. Since I hadn’t given his reason in the first book, this change works perfectly well.

4. Have an idea for the sequel before you publish the first novel

Write notes, perhaps even write a partial rough draft. I had written about half of Reckless Rebellion before I edited and published Reckless Rescue, and a couple of things happened that I hadn’t planned from the start. Because I still could, I went back and added in some foreshadowing for these events into Reckless Rescue. The more idea you have of what will happen, the more the two books will hang together.

Don’t let this make you afraid to make changes though. So long as you can make it work, go for it!

Have you written a sequel or series? Any hints or tips to share?