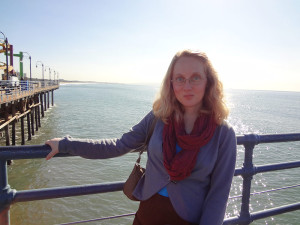 Today I have Aubrie Dionne, author of the Paradise Reclaimed series, to talk about her books.

Tell us a little about your new series, Paradise Reclaimed?

My Paradise Reclaimed series is a YA spin off of my New Dawn series for adults. Paradise 21, the planet they colonize in the Paradise Reclaimed series, is a destination planet in the adult series, but it’s still three hundred years away. So technically, they never get there. If you want to see what happens, you’ll have to read the YA spin off series. Even though it’s great marketing for my other series, I didn’t plan it that way. I just wanted to know for myself what happened, so I started to write.

This series is related to your New Dawn series, how is it different? 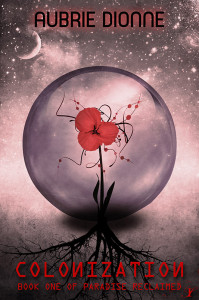 The first book, Colonization, is set when the colony ships first arrive on Paradise 21, and Andromeda learns of a deadly threat to the colony. Can you tell us a little more about it?

Andromeda is the great great granddaughter of the antagonist in my adult series. Her great great grandfather is the commander of the ship, so she feels a lot of pressure to excel and live up to her family name. She throws all of that out the window for her obsession with Sirius, her childhood friend. This book is about turning things around, and proving yourself against all odds.

The people on board the New Dawn are assigned life mates by a computer system, how does Andromeda feel about this?

Andromeda hates this! She believes because she failed at the tests, her lifemate is unworthy of her. 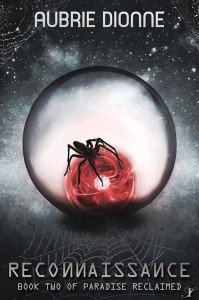 When is the second book, Reconnaissance, due out?

Reconnaissance is due out May 1st from Inkspell Publishing. This story features Andromeda’s rival: Nova Williams, and her quest to gain back respect after her mission fails.

Here is the blurb:

Nova Williams has lost her one shot at Lieutenant hood and at love. Lieutenant Crophaven has promoted her rival, Andromeda, all because her lifemate, Sirius, sacrificed their mission to win back Andromeda’s love.

While sneaking out to prove Andromeda is a fake, Nova finds an alien ship hovering over their colony. Lieutenant Crophaven assigns her to a reconnaissance mission, giving her a second chance to redeem herself. Sirius must fly her and a research team to the vessel to decide if they are a threat. Thrown together with the lifemate that betrayed her, she battles with her own jealousy while her team battles for their lives.

Can she forgive Sirius in order to save her team and warn her colony?

You can add it to Goodreads here: http://www.goodreads.com/book/show/17458109-reconnaissance

Do you have plans to write more books in this series?

I just finished the third and final book in the series: Alliance. This book features a character from the first two books: Lyra Bryan. My agent is reading through it in April, and then we plan on submitting to Inkspell after that.

Where can people find out more?