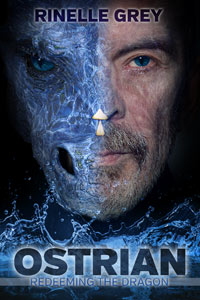 Dragon Elder Ostrian is concerned about the increasing number of dragons who are choosing to mate with humans. He's sure there's something going on, and he's determined to get to the bottom of it. He certainly isn't going to let the pretty human distract him.

Mary is equally determined to prove that nothing is wrong. The fact that she just might be starting to understand the grumpy old dragon's motivation is not going to stop her from protecting the place of humans in the clan, no matter how blue Ostrian's eyes might be.

But as the two of them research the history of love between dragons and humans, they realise that the ripples of the past have had more of an effect on the present than they ever could have imagined.