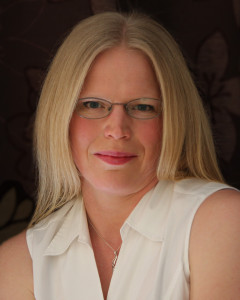 Today I have author Amanda Martin here to talk about her writing, blogging, being a mum, and her YA fantasy novel, Dragon Wraiths.

Have you always wanted to be an author, or did something else inspire you to write?

First of all, thank you Rinelle for letting me visit your lovely blog! It’s so nice to have a change of scenery, particularly as I spend far too much time on mine these days.

I’ve always loved stories and when I was younger I enjoyed creative writing. However a desire for grades took over and I discovered a passion for academia. Fiction fell by the wayside until I became pregnant with my first child and started a Creative Writing course to give me something to keep my brain active. I found that writing stories was even more fun than writing essays.

I had attempted to write a novel before, but never got past the first page because I didn’t think I had a good enough imagination. The Creative Writing course, together with discovering NaNoWriMo (National Novel Writers Month – writing 50,000 words in 30 days), introduced me to an ability to write that I was previously unaware of. Thank goodness!

I know you have two small kids, any tips on finding time to write as a mother?

I am fortunate that they go to nursery for two days a week. Before starting the daily blog challenge I mostly wrote on those days. Now I do have to find time to write every day, as well as keeping up with the social media that accompanies self-publishing. I write my blog in the evenings after the children are in bed, often not getting to bed myself until midnight. The social media I do during the day on my phone or iPad. I do get told off by my children, but they are beginning to learn that Mummy has to do some work during the week.

I also write while walking the dog. I have an old-fashioned phone that still has a number-pad and I can tap out 1500 words in text messages on a 45-minute walk. I find the rhythm of walking particularly conducive to writing dialogue or the diary section of my daily blog.

This year you've committed to writing a post a day for the year. What inspired that, and how are you finding it? (I think you're really brave by the way!)

Brave, or maybe crazy! The idea to take part in postaday 2013 came on New Year’s Eve. I was struggling with the lack of routine caused by my husband being made redundant (laid off) in October. I didn’t want to start a new manuscript as I was meant to be promoting Dragon Wraiths and editing my contemporary women’s fiction novel, Baby Blues & Wedding Shoes. I thought writing a daily blog would give me a challenge without detracting from my other projects (I was wrong!).

I came up with the idea of writing a first draft of a novel in daily instalments, with a separate bit that originally was to be about the writing process but has ended up being more of a parenting diary.

As part of your blogging every day, you're writing an instalment of “Two-Hundred Steps Home”, a story about Claire and her job to visit all the Youth Hostels. Do you have this planned out, or are you pantsing it?

Pantsing it, definitely! I’m a pantser to the core, although I did discover with Dragon Wraiths the pitfalls of making it up as you go. Sometimes you get in plot cul-de-sacs that are hard to get out of. With Two-Hundred Steps Home (named for the 200 YHA hostels in the UK) I obviously have the journey around the UK hostels as a rough guide, but the actual story is evolving daily. Some days I know what needs to happen next – for example I knew a week or two in advance that Claire’s niece would be travelling with Claire or I have an idea what the month-end cliff-hanger might be –  but I don’t know what I’m going to write on any given day until I open my laptop.

I've really enjoyed reading about Claire (The catch up novels are free by the way). What do you plan to do with Claire's story once you're finished?

I have no idea! The daily blog was intended as a way to promote myself as a writer, bring more people to the blog and hopefully help build up a following. I suspect that hasn’t been entirely successful, as it is hard to write good prose every single day. I would like to edit Claire’s story down into a novel – it’s likely to be the length of three novels by the end of the year, and definitely needs cutting down as there is a lot of repetition for people who haven’t read from the beginning. Unfortunately the thing I have always found nigh-on impossible, as an academic and a fiction writer, is cutting out significant word count. For essays I had to write tightly to the necessary word target or I would fail. My novels are all over suggested length by an agent’s standards but I cannot cut out huge chunks of words.  Hopefully that will be something I learn to do as I grow and develop as a writer. 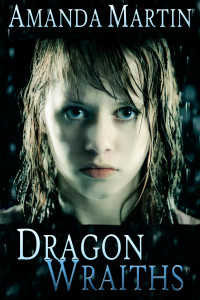 I loved your first published novel, Dragon Wraiths, do you want to tell us a little about it?

Dragon Wraiths follows the journey of orphan Leah as she learns to fight, love, and above all, survive.

It’s the day before Leah’s sixteenth birthday. Instead of planning the perfect party she’s stuck in a shabby B&B in the middle of nowhere. She’s not worrying about pimples and presents: she has bigger things to freak her out. Like her Mother’s dying words telling her she will die on her sixteenth birthday. Spending her teenage years escaping from falling trees, burning buildings, killer bees — and the unseen enemies trying to murder her. Or falling in love with a boy who won’t admit she exists, even though they’ve been on the run together for months.

As her birthday approaches, Leah tries to piece together the events that led her there and wonders if she’ll live past lunchtime. What she doesn’t know is her future will include conspiracies, dragons, new powers: Her first kiss.

And the responsibility to save two worlds

What inspired you to write YA? Is it your normal genre?

YA was not my normal genre at all when I wrote Dragon Wraiths. You could say the book wrote me. I woke one-day with the story in my head, including the first line, and it grew from there. Initially I began writing because I needed a new challenge, after getting bogged down in revisions of Baby Blues & Wedding Shoes. I shelved the manuscript after the first 30,000 words as I couldn’t really see where it was heading. Then I read about the Mslexia Children’s Novel competition and decided to enter it for that. It was meant to go in for the Chicken House competition also but it ended up being 30,000 words too long. Did I mention I tend to over-write?

The dragons in your novel are rather unique, I don't think I've read anything quite like them before. Where did the idea for them come from?

Thank you! It is a relief to hear that, as dragons are so often written about and it is difficult not to steal someone else’s great ideas. I love dragon stories – the one I read most recently (although after finishing the first draft of Dragon Wraiths) was Eragon by Christoper Paolini, so some of the finishing touches may be influenced by that. One reviewer compared the novel to Anne McCaffrey’s Dragons of Pern novels but I haven’t read any of them (and I’m scared to now!)

What do you think you'll write next? YA again, or something different?

I really want to have a go at writing Middle Grade fiction. I’ve gone through a long period of reading only MG books (apart from Reckless Rescue!) and I love the genre. I like the world building and character development, heroism and morality, in MG fiction that is not overly-bogged down with politics or too much introspection. I also find that, while MG Fiction can be sad or scary, because it is aimed at the younger age-group it is gentle and uplifting to read. Since having children I find I can’t read books that affect me too deeply because it gives me nightmares. The joy of hormones I suppose!

Thanks for visiting today Amanda. If anyone wants to know more about Amanda or her books, you can check out the links below.

You can catch up on Two-Hundred Steps Home by downloading the free ebooks via Smashwords. This is my author page: https://www.smashwords.com/profile/view/writermummy

Dragon Wraiths is currently only on Kindle but will hopefully be on Smashwords next month. The Kindle Links are:

If you want to read more about Claire, or catch up on the story of Dragon Wraiths, do please visit my blog: http://writermummy.wordpress.com.