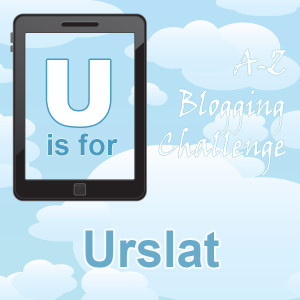 Urslat is Tyris's home planet, and the central planet in the Colonies. It was the first one that was settled, and is where the bulk of the population lives. Unfortunately, due to this, it's severely overpopulated.

Since this is a problem we will theoretically face in our own world, and do already in some countries, it's an interesting one to explore in science fiction. Population controls have already been explored in the real world in China's one child policy. Though the population controls tried on Urslat (baning anyone with a criminal record from having children) are a little more extreme, the reactions are similar.

I'm not sure there is any perfect solution for overpopulation. Finding more planets is only a temporary solution, as the Colonies found out. The interesting thing is that population in western worlds is actually on the decline, and this causes just as many problems as populations age (and there are less young working people to support the economy).

Sorry for the short (and possibly incoherrent) post today. I'm going to be out all day, so I'm writing it in a rush. Must run, or I'm going to be late. I'll catch up with comments for yesterday's post later tonight!