M is for Marlee 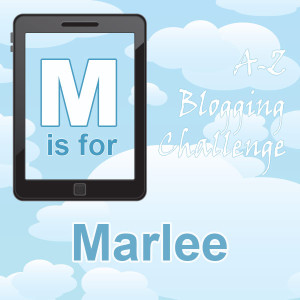 Marlee is one of the main characters in Reckless Rescue. She is nineteen years old, and has spent her whole life stranded on a harsh planet, where everyday life is a struggle. Despite this, she is usually pretty positive about life. Why wouldn't she be? It's the only life she's known.

I found her rather difficult to write though, even though her personality is similar to mine in a lot of ways. I wanted to show a character who had a lot of strength and confidence, but who hadn't learned to trust them yet. She's confident and shows her true self to her friends and those she's close to, but as soon as anyone talks her down or yells, she's suddenly not so confident.

Initially though, I ended up making her seem to nervous and afraid, to the point that my editor was constantly saying that the confident things she was doing were out of character, such as this scene, near the beginning of the novel.

“So, has Marlee told you what we’re planning?” Tyris asked.

“She has.” Nelor sounded more interested now than he had earlier.

“And are you willing to help us out?”

Marlee turned in time to see Nelor’s grin. “You haven’t been around Marlee long enough to know the answer to that. I wouldn’t dare say no to her.” He glanced over at her, giving her a look that was for her alone. She felt a blush stealing over her cheeks and turned away, using the water hissing in the kettle as an excuse to hide her face.

So, instead of turning her into a shrinking mouse (as the editor suggested), I just toned down a few of the scenes, made it more obvious she was sure of herself, in her own thoughts at least. I hope it turned her into the character I intended. I believe so!